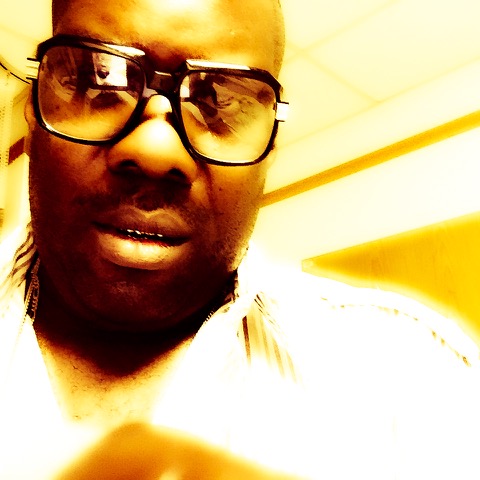 I was born a BBoy in the mist of the Los Angeles tinsel town its self the belly of the beast lol. I started pop lockin at the age of 9 in 1979. From then on it was battle after battle reachin' my teens I started to break dance, dj, and was the beat box for a crew at school and was in a dance group called the Jazzy Boys.

From there I met Thelly Thel the founder of the soul brother dance crew . We won contest after contest battle after battle and on the side of all this action I was dj ing with my man Sean Nice and FAT LIP which at the time was Derrick Stewart. I was a club promoter with Chris Brazil and ran alot of clubs in Los Angeles. I also danced for KDAY when Russ Parr was with the Juilo G and the mix master show. We performed at juvenile hall, neighborhood events, and junior high and high school later to win a big dance contest winning the right to entering dance floor of the famous classic SOUL TRAIN where met up with LOU SKI. Then we met DEF JEF from thru Kimble a cuddy mack that who danced for Body And Soul and history was in the making. I have been in many of the west coast Hip Hop videos starting with all of DEF JEF’S video DROPPIN RYHMES ON DRUMS, BLACK TO THE FUTURE, HERE WE GO AGAIN, AND FAMOUS WEST COAST SONG “ALL IN THE SAME GANG “. THEN GOIN ON TO TOURING TWICE AROUND THE UNITED STATES WITH DEF JEF AND THE BRAND NEW HEAVIES, THEN DOING OTHER VIDEOS SUCH AS YOUNG MC BUSTAMOVE, VIDEO DOC ITS FUNKY WITH DR DRE, and also appear on YO MTV RAPS WITH FAB FIVE FREDDY IN LIVING COLOR workin with ROSIE PEREZ, RAPPMAINA, NELSON MANDELLA FREEDOM CELEBRATION, FRAKAKHAN AT COLISEUM also Pump It Up on channel13 with D BARNS, bug a boo vedio with ED og AND THE BULL DOGS , HOT POTATO VIDEO, FREE STYLE FELLOW SHIP CHOREOGRAPH BBD’s whole Poison Tour ,Ralph Tresvant , anymore to mention the list goes on during all this I was being taught by Def Jef in the art of producing and rhyming going on to make best for PHARCYDE, MALINE KHAN , IN THE EARLY DAYS TABU FROM BLACK EYE PEAS . I’VE WORKED WITH MEDUSA, RBX, GEOGRE CLINTON, I HAVE DONE A LOT OF LOCAL GROUPS AND RAN 2 DIFFERENT STUDIOS now coming to this mecca of free promotion the gathering of the great entertaIner circle ever imagined.